Going For A Five Star Day

As you may recall...I was blessed with the opportunity to be a classroom teacher for five years. I loved it.

One of the adventures of teaching in a classroom is that the teacher has the responsibility of maintaining discipline in a room full of students who happen to outnumber her by 10... 20... maybe even 30 people. It can be a daunting task.

Thankfully, the schools where I taught had a school-wide system already in place for all of the primary and elementary aged students: the Five Star System. It worked remarkably well and was super easy to enforce. A win-win.

The Five Star System basically worked like this:
At the beginning of the school day, each student started the day off with Five Stars. These were not actual stars. They couldn't be held in a hand or used to light the way. No, these stars could not be seen... however, they were very real.

The goal of the Five Star System was for each student to end the day with the same number of stars that they began the day with - five. The students did not want to lose any of their stars...but, of course, it was possible.

If a classroom or school rule was broken...a star would be taken away. I had a little notebook on my desk (that even had a sparkly star on the front of it) where I kept track of the lost stars. Inside that notebook I wrote the name of the student and the reason for losing the star.

At the end of the day, each student would come to my desk with their daily planner. I would check to make sure they listed the work they did that day, and then I would mark on that day's page how many stars the student had at the end of the school day.

I even had a Five Star stamp. It had five outlined stars in a row. I miraculously found this stamp at the craft store Michaels shortly after I began my teaching career.

So I would stamp the student's planners each day with the five star stamp. If they lost a star, I would mark one star out and write next to it what behavior caused the student to lose that star. It was a very sad moment...for most kids anyway. There were a few optimistic ones who cheered the fact that they still had four stars left. But truly...most of my students were pretty destroyed to lose a star.

And things could get a little more dramatic if it was a particularly difficult day and more than one star was lost. Thankfully I had really well behaved students and in my five years of classroom teaching, I only recall a few one-star-days and maybe only one zero-star-day.

But...no matter how rough the day before was, the blessing of the Five Star System was that each school day brought a Fresh Start with five new stars. All the troubles of the previous day were forgotten as the students started off the next day with five stars.

I loved this discipline system. It encouraged and rewarded students for positive behavior. My students responded well to it and worked hard to please me and keep their five stars. They would beam with pride when they got all five stars stamped in their planners at the end of the school day.

It also gave them forgiveness for their transgressions and an opportunity for a Fresh Start the next day. If I had to mark out stars for poor behavior, we would discuss why each star was lost, and my students would routinely offer an apology and show great remorse for breaking a rule and losing a star. It was then that I would remind them that they would have five new stars the next school day and a chance to correct whatever problems had come that day.

Every once in awhile I would offer a little mercy with the Five Star system. A student might break a rule, but was immediately remorseful and quickly asked for forgiveness. If it was a child that I knew was trying hard, I might offer some grace and not take a star. I would use it as a heart-teaching moment. I would talk to the student about how God offers us mercy at times when we don't deserve it, and then I would give them some grace that day and not take a star.

Of course this reminded me of how the Lord deals with us. As His children, we want to please him and do well, but we mess up. We make mistakes and have to go to him for forgiveness. Thankfully, God is in the forgiveness business. He is more than willing to give us a Fresh Start...all we have to do is ask for it.

The Apostle John writes these words about God in 1 John 1:9:
If we confess our sins, He is faithful and just and will forgive us our sins and purify us from all unrighteousness.

And more than I'm sure we will ever realize...our Lord offers us an abundance of grace and mercy because He knows our hearts.

In Hebrews 4:14-16, we are reminded that Jesus gave us the greatest grace and mercy when he died on the cross for our sins:
Therefore, since we have a great high priest who has ascended into heaven, Jesus the Son of God, let us hold firmly to the faith we profess.
For we do not have a high priest who is unable to empathize with our weaknesses, but we have one who has been tempted in every way, just as we are—yet he did not sin.
Let us then approach God’s throne of grace with confidence, so that we may receive mercy and find grace to help us in our time of need. 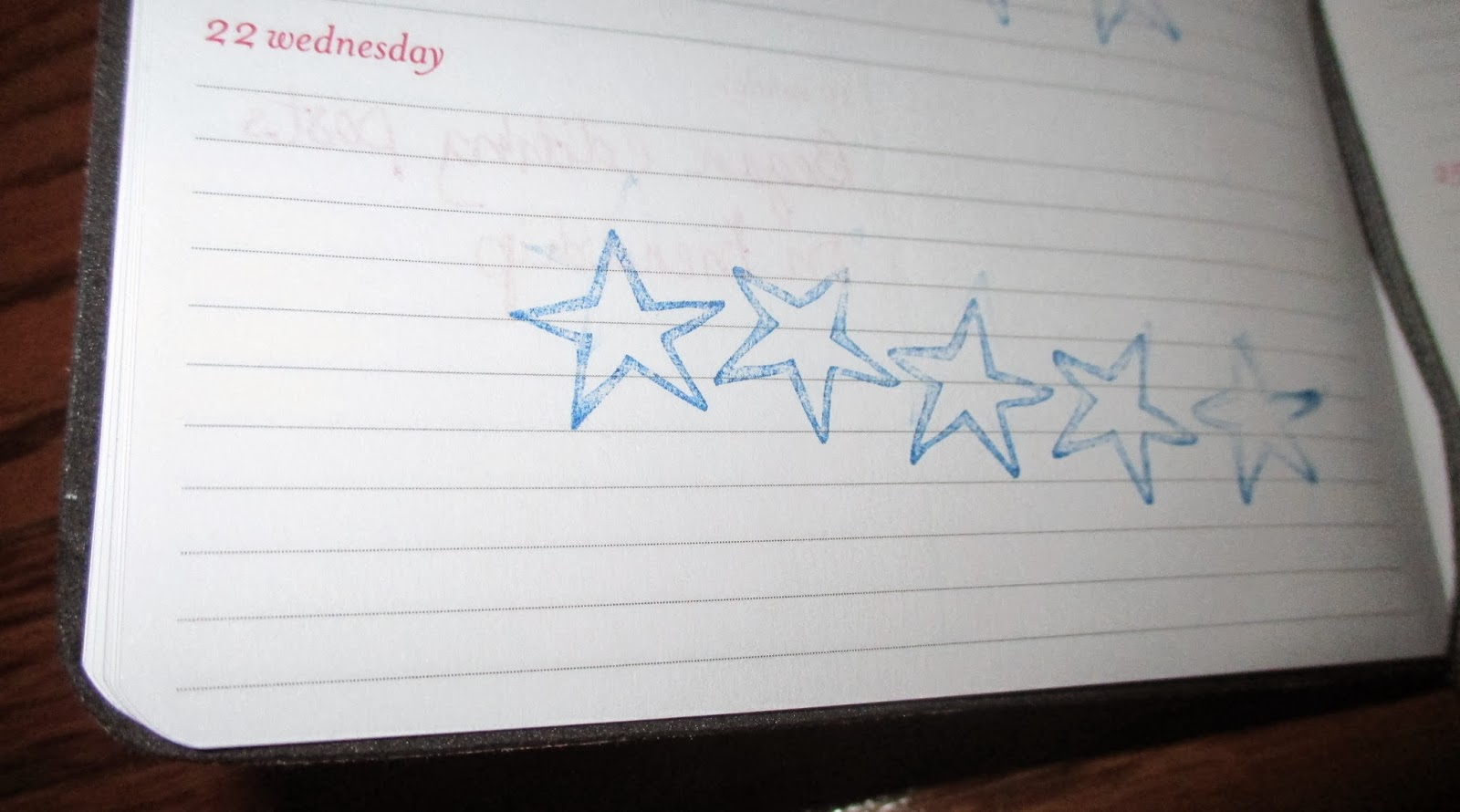 When I lay my head down tonight, I will spend some time in prayer with God...going over my day with him. It is my heart's desire to end the day with Five Stars from God. Not because I want the "stars", but because I want to please Him in all I do each day.

Here's your chance to say something!

Where I Place My Hope

A Little Bit About Me

Posts from the Past

Have courage, for the Eternal is all that I will need. My soul boasts, “Hope in God; just wait.” ~Lamentations 3:24:

You direct me on the path that leads to a beautiful life. As I walk with You, the pleasures are never-ending, and I know true joy and contentment. ~ Psalm 16:11

Create in me a pure heart, O God, and renew a steadfast spirit within me. ~Psalm 51:10

"For I know the plans I have for you,” declares the Lord, “plans to prosper you and not to harm you, plans to give you hope and a future. Then you will call on me and come and pray to me, and I will listen to you. You will seek me and find me when you seek me with all your heart. I will be found by you,” declares the Lord. ~Jeremiah 29:11-14a